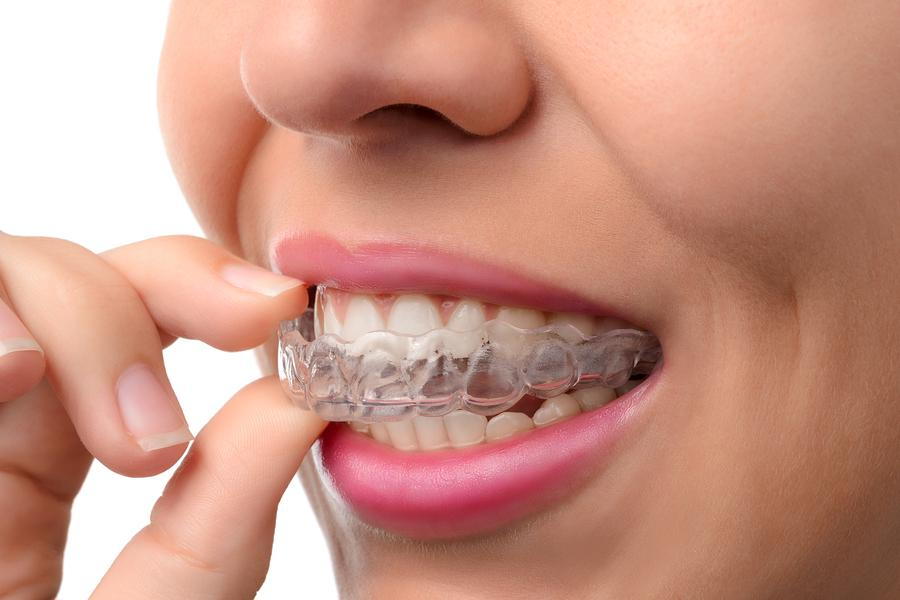 Invisalign straightens the teeth with custom aligner trays that fit over the top and bottom rows of teeth. Each set of trays is worn for a few weeks and is then replaced with a new set of trays. Each new set of trays moves the teeth closer to the desired position. The trays help the teeth move into the proper position by gently exerting pressure on the teeth, which is similar to how the brackets and wires of braces help move teeth. Your Batavia Invisalign dentist can help you decide if Invisalign is the right teeth-straightening option for you.

The ability to remove Invisalign’s aligner trays is another major advantage. Maintaining optimal oral hygiene can be more challenging with traditional braces since food particles can get stuck between the brackets and wires easily. The brackets and wires also make it difficult to brush and floss away trapped food particles. With Invisalign, removing the trays when eating can help prevent trapped particles. Additionally, being able to remove the trays when brushing and flossing makes it easier to maintain better oral hygiene.

Another advantage of Invisalign is that the aligner trays are comfortable to wear. With traditional braces, the hard metal brackets and wires can sometimes poke and irritate the mouth and gums. Invisalign’s custom aligner trays are made from a soft, flexible plastic material. The trays fit comfortably in place over the teeth with nothing to poke or irritate the mouth. An additional advantage of Invisalign is that, for most patients, it is possible to achieve the smile you desire in just 12 to 18 months.

Speak with your dentist right away if you are ready to straighten your side discreetly with Invisalign. For Invisalign in Batavia, IL, schedule an appointment with Dr. Andrew Elliff or Dr. Laura Elliff by contacting Elliff Dental at (630) 482-7200.